In a therapy session, Will imagines how he would kill Hannibal, honestly sharing his visions, and oddly bolstering their co-dependency. Later, in a session with Mason Verger, Hannibal discusses Margot’s unfortunate “accident” and other veiled threats. Jack grows impatient with Will’s progress on catching Hannibal, and brings in a surprise witness from the past to help. And when Hannibal’s life is threatened, Will must decide whether to come to his aid, and give Hannibal the opportunity for revenge. 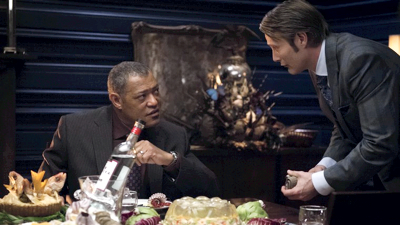