(Fire Will Never Say that It Has Had Enough) The team investigates a world class hacker who turns out to be the brother of serial hacker Ian Wright, who hacks into the Hawaii State prison and releases serial murderer/arsonist Jason DuClair. He soon begins a massive wildfire. With Kono and Chin on the mainland running their own respective task forces, McGarrett and Danny recruit lifeguard and former Police candidate Tani Rey to join the task force to help out but is reluctant to join. Meanwhile, McGarrett and Danny begin to invest in a restaurant. 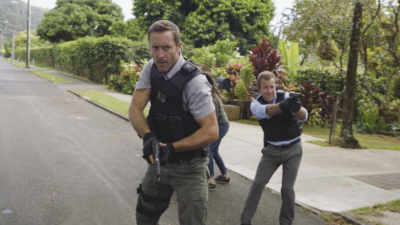