Prince Eric, a handsome and young member of Scandinavian royalty, has a chance meeting with Kathleen, the Irish maid traveling with the wealthy Jenks family. Entranced by her beauty, he invites her to a charity ball. Kathleen accepts, but doesn't learn until later about Eric's royal background. When Peter's date for the charity ball cancels, he asks Christine to take her place. Christine refuses, and Peter realizes how rude his invitation sounded. After Peter apologizes and asks Christine again, the two spend a pleasant evening together. Kathleen and Prince Eric dance together all evening, but when the prince begins speaking romantically of their future, Kathleen, who realizes their worlds are far apart, leaves in tears. The next morning, Eric finds Kathleen and proposes marriage, and Kathleen accepts. Meanwhile, Andy Harrington, who attends law school with the bellman, Dave, walks in on his mother, Barbara, as her new fiancÃ©, Frank, injects her with cocaine. Andy is furious, but Barba 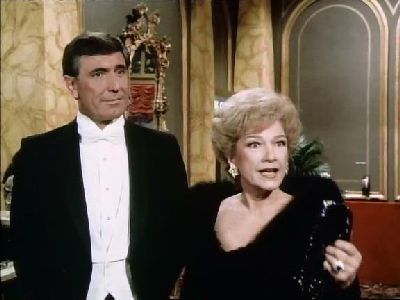