Jennifer and Brad Koburg are in town so that Jennifer can be artificially inseminated because Brad's sperm count is too low. After one too many glasses of wine at dinner, Brad suggests to their old college friends, Dana and Skip Peterson, that Skip donate sperm. Dana tells Brad that he impregnated her when they were in college, and she had an abortion. Christine meets an ailing hotel guest, John White, who suffers from an unexplained concussion and amnesia. They share an instant rapport, and Christine invites John to the ballet. As the evening comes to a close, John confesses that he's lost his memory and doesn't really know who he is. After John reads about a jewelry store robbery and murder, he notices that he's carrying diamonds. John explains to Christine that he may have been involved with the crime. After Christine doubts that John is a criminal, they discover that John was the gem dealer at the crime scene. Relieved, John and Christine fall into each other's arms. Later, John's 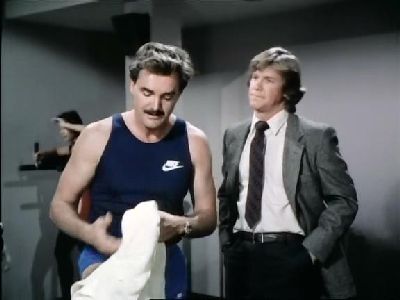