Actress Anna Bronti, wearing the Star of Kasmir necklace, meets former lover, Adam Vidocq, an international playboy and jewel thief. Peter knows Vidocq and instructs Billy to keep an eye on him. Meanwhile, Marila Collins introduces herself to Peter, who has the feeling he's met her before. Vidocq sleeps with Anna, and Marila sleeps with Peter; this is part of a successful scheme to steal Anna's jewels. When Peter catches Marila with the jewels, he realizes that she is Vidocq's daughter. Jill Stanton is reunited with her husband Paul, just released from a mental hospital for violence that included beating Jill. During Paul's hospitalization, Jill fell in love with her co-worker Ron Bownan, and now both are afraid to tell Paul. However, Paul controls his anger and explains to Ron his deep love for Jill. Paul and Jill agree to commit to their marriage and take it one day at a time. After asking for a raise, then being deliberately avoided by the hotel staff, Mark is convinced that he's go 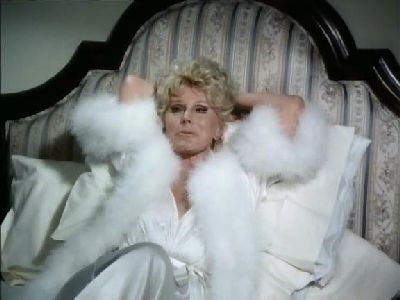