At a high-level campaign fundraiser, a senator becomes violently ill. Vogler forces House to take the senator's case and offers to let off the hook on firing a team member if he'll deliver a speech on behalf of Vogler's pharmaceutical company. It looks like the senator has AIDS but House refuses to settle for the easy answer. And House ends up giving the speech, but it doesn't go quite as Vogler planned. 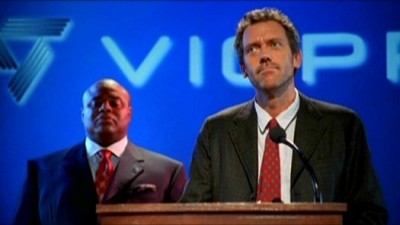