The aftermath of the fatal car accident starts with all the kids' parents meeting up at the hospital to claim their children as well as seeing Missy's parents shatter in grief when they find out about their daughter's death. To protect Marcus, Jack tells the police that he was driving the car the night Missy died. The guilt becomes too much for Marcus and he confesses to his dad, who immediately calls Grace. A surprising ally comes to Jack's aid after Grace demands that he tell the police what really happened. Meanwhile, the group's sadness turns to outrage after Reverend Belknap (guest-star Ed Begley, Jr.) delivers a shocking eulogy at his daughter's funeral. Bobby and Warren say goodbye to each other as Warren moves away promising to stay in touch. In the future we see an adult Warren talk about reuniting with his former best friend, Pres. Bobby McCallister decades later after saying good-bye and never staying in touch with each other since kids. Warren is the most well known success 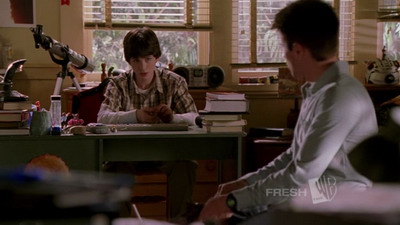