International tensions mount as Harm, Mac and Bud board an aircraft carrier in the Sea of Japan to investigate the accidental shooting down of a North Korean civilian airline by Navy jets. While negligence on the part of the Navy fliers is indicated, Harm and Mac uncover evidence of a spy aboard the carrier. Meanwhile, the threat of war becomes real when a U.S. salvage vessel is sent to the site to help with the investigation and two North Korean warships threaten to sink it if both U.S. ships don't leave the area immediately. 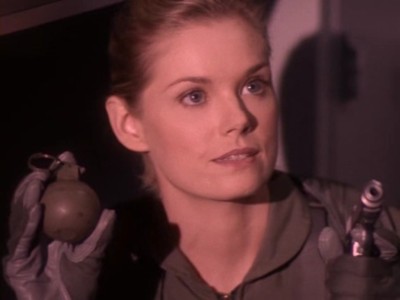