As Harm considers his future at JAG, he learns that Charlie Lynch -- the ex-Navyman responsible for the murder of Annie, the abused child whose death still haunts Harm -- has resurfaced, placing the little girl's twin sister, Dar-lin, in danger. Putting his career decision on hold until he closes the chapter on Lynch, Harm tracks him to a shipyard where the vicious killer is holding Dar-lin hostage. Overflowing with anger against all Lynch's grisly acts of murder, Harm finds himself in an intense stand-off with him that will leave only one man standing. 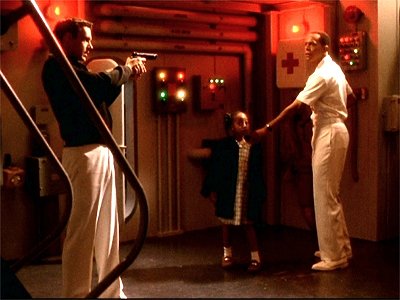