Mac becomes upset when Harm tells her at the last minute that he will not be attending her rehearsal duty in order to complete his 6-month required carrier landing qualifications. He assures her that he will be back in time for the wedding. At the church, Chloe is still wary of being friends of Mic. On board the USS Patrick Henry, Harm learns that the LSO who will be grading him thinks of him only as a ""land-based Washington weenie"". His fears that he won't be graded fairly are realized when he is ordered to land after his first attempt is waved off. After convincing the LSO that they were flying they way that the LSO taught them, he allows Harm to try again. After passing, he then completes his required night traps and requests to head back to Andrews AFB. With an approaching storm, all air operations are suspended, but is assured that he & Skates can be on the first Tomcat, once its forecasted to be safe. With a break in the storm, he & Skates are allowed to go. But the storm m 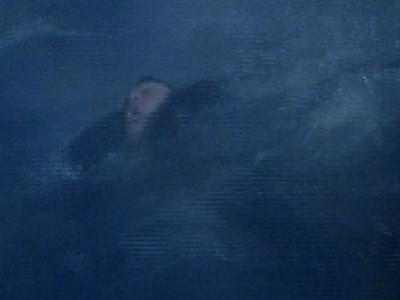