Harm defends Lt. Barrett who readily claims he disobeyed orders and destroyed the P-3 spy plane held hostage by the Chinese because he believed it was the right thing to do. Harm and Sturgis go head to head at the lieutenant's court-martial as Harm tries to keep him out of Leavenworth, where he could be sentenced to 25 years for his actions. Meanwhile, Mac investigates a charge of sexual harassment when a female officer charges a Marine colonel with humiliating her publicly when her training tape is shown on the television show ""Military Bloopers."" As part of her investigation, Mac takes the Colonel up on her offer to complete her regular physical training evaluation with the Colonel. Mac recommends that the Colonel get a letter of reprimand, which could jeopardize his chance for a command. However, when it comes to light that it was the female officer herself that leaked her video to ""Military Bloopers"" in order to shift blame for her inability to pass the court, she is the one who 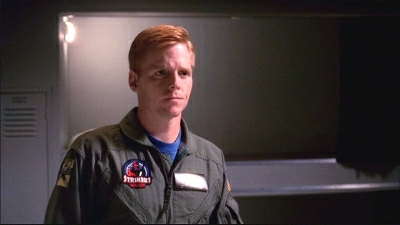