Harm and Mac return to the aircraft carrier USS Seahawk (""A New Life"" & ""Crossing the Line"", among others) to brief the JAG officers on the new Rules of Engagement, following the escape of Taliban fighters as a result of a JAG officer's hesitation to determine if the target was legitimate. While Harm is aboard the ship, the captain asks him to fly a bombing mission into Afghanistan. However, Harm's excitement changes to concern when his plane sustains critical damage from enemy fire. Meanwhile, a jealous Lt. Singer sabotages Bud's case when she hears of his imminent promotion. 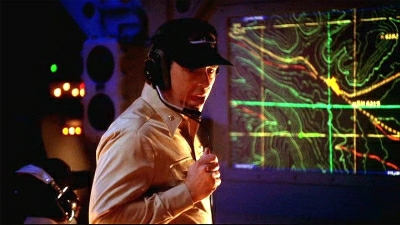