You Can't Stop The Music

Miki's receptionist style proves too eccentric for Dr Joe, and he replaces her. She's devastated. Tatiana's prospects at the soccer trials are ruined by Osama's angry reaction to racist taunts. So, with Miki as manager, Tatiana forms her own soccer team - the Hoperoos. Layla reluctantly breaks a date with Jackie. Snatching triumph from the jaws of disaster, Hoa stages his karaoke spectacular in Hope Street park. Layla and Amen perform a dance routine and Tatiana, Taghred and Suong sing but Miki is the headline act. Impressed, Joe decides Miki is the receptionist he needs. 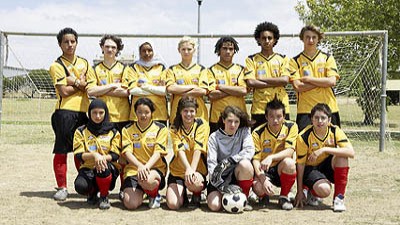