Buck Strickland's wife finally kicks him out, fed up with his drinking, gambling and womanizing. A despondent and lonely Buck asks Luanne to give him Bible lessons. His attempts to get closer to Luanne are thwarted when half a dozen other guys intrude on his poolside Bible lesson with a bikini-clad Luanne, but when Buck makes an inspiring speech about how he has seen the light, everyone is convinced that Buck has really changed. Later, an apparently reformed Buck asks Luanne to marry him, but when she turns him down, Buck is furious and goes off on another bender. It's up to Hank to show Buck that "Lady Propane" is the real key to his salvation. 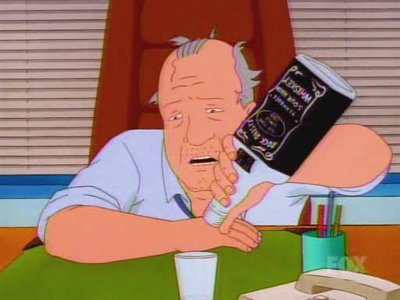