Kuro, Yakumo and Riona escape to ensure Keita's safety while Excel and Steiner engage Reishin in battle with Kaionji Group bodyguards ambushing the escapees on their way out of the cave where the Tera Stone was hidden. Excel was made unconscious with Steiner being unable to defeat him as Reishin plans to use the Tera Stone to begin his plans to conduct genocide. Daichi appears with his Tera Guardian named Raiga and ambush Reishin while he was still using the Tera Stone with the Exceed called the Shidin Sword. Raiga reveals that he killed Kakuma to access the Pure Land. Reishin was then sucked into a wormhole following his defeat with its shockwave reaching mainland Okinawa. 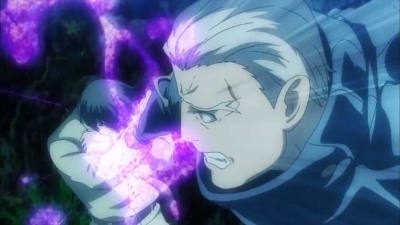