Kuraki was officially to be engaged to Yuki after Reishin's disappearance, to the disgust of most of the Kaionji children. Meanwhile, Keita remains in hiding in the flooded portions of Okinawa via building ruins to avoid detection by Kaoiji Group intelligence despite his wish to save Akane from Kuraki. Bernhard leds a group of Noble One operatives alongside Yakumo and Riona to infiltrate the Kaionji Group Hotel to rescue Akane while Keita and Kuro personally confront Kuraki during a ceremony at the ballroom. In the confusion, Yuki confronts Akane with a pistol and tells her that she must be killed to end her misery as a substitute. 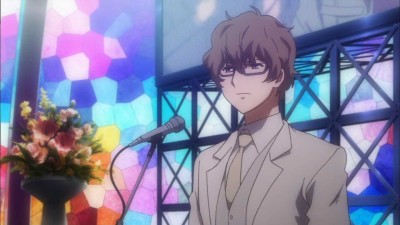