Kuro faces off against Shinra and Raiga, defeating the former due to a surge of Tera from Keita. Later on, Raiga faces Kuro and was appearing to win thanks to the strength of his Exceed. Keita collapses from exhaustion due to overuse of his Tera, but dual synchronization seals appeared on both of his hands that enabled Kuro to defeat Raiga. As Keita and Kuro celebrated their victory with the Kaionji Group hotel secured by Bernhard, the Pure Land island appears near Japan. With its appearance, a majority of people who didn't have contracts with Tera Guardians collapsed all over the world leading to chaos with a near collapse in society. Reishin appears on the Pure Land, his appearance based on his pre-Earth days. 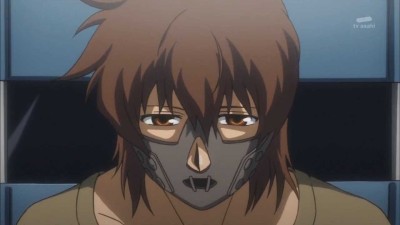