Ken Randall calls Benson for help after he's picked up in an alley late at night. He claims that he was looking for a body after overhearing a man talk about murdering a woman and dumping her body while he was at the bar that night. Tutuola is upset that no one informed him, and determined to clear his son's name even though Ken immediately gets his own lawyer. Tutuola turns his eye on Ken's cousin, Darius Parker, who was with Ken that night and has been in and out of trouble for years, and after Ken voluntarily submits his DNA to clear his name, a shocking family connection between Darius and Ken is revealed. Darius confesses to having murdered the woman and her baby, but his confession is out because no one had contacted his lawyer. 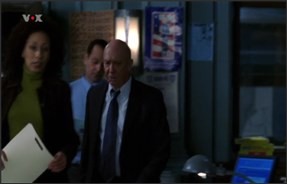