When a prison gang puts out a contract on a Sing Sing corrections officer and his family, assigning the job to a newly released ex-con, the terrified officer pleads preemptive self-defense after he's brought to trial for the parolee's murder. As the trial proceeds, the gang attempts to affect the outcome of the case by sending a death threat to the presiding judge, who refuses to be intimidated. Shortly after the conclusion of the trial, McCoy discovers that the defendant's fears about the power and the reach of the gang were well-placed. 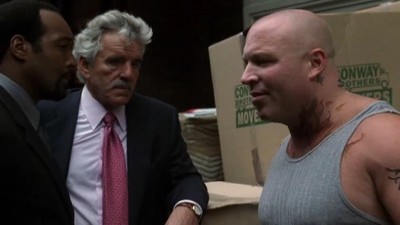