The first ever peace conference to be broadcast on the net is taking place at Fort Hope in America. Level 9 think that the opportunity for cyber terrorism will be too big to miss and that someone will hack into the live broadcast and send out their own messages/signals or cause some kind of crash. Their main suspect is a hacker called Moby J, who is known to have a grudge against the military, who are hosting the conference. To add to Level 9's problems they also have to deal with a General who dismisses them as a 'flavour of the month' and a female captain, who carries the codes for nuclear launches, who 'shot down' Tibbs when they both worked at the Whitehouse When contact is lost with a nuclear bunker everyone starts thinking that they may have more to deal with than just simple hacking mischief. 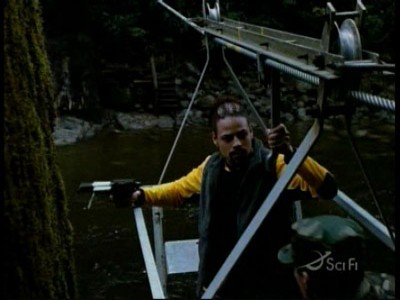