After all the trials and tribulations that led up to the championship fight, Lights goes to "war" when he finally faces off with "Death Row" Reynolds for the heavyweight title. Before the big fight, Hal Brennan gathers all the former champs that have been burned by Barry Word and starts a war against him by starting a new boxing alliance called United Boxers. But in order for Lights to be a part of it, he suggests a 10 percent cut for a health fund to help all the boxers in need of medical care. Meanwhile, Word has a pre-fight talk with Lights, and it is not very inspiring the night before the fight. Theresa has her own talk with Reynold's wife, Jennifer. As soon as the third round begins, Lights manages to K.O. Reynolds and wins back his title, but suffers a severe concussion. After the fight Theresa makes a shocking discovery about Lights: she goes to his side and watches in horror as he groggily asks her "Who won?". 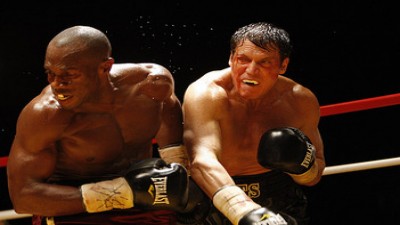