When an eight-year-old boy finds his grandfather dead in a pub basement, he tells Rob that he was hit by a man with a baseball bat, but Vivienne doubts his story. Later, Vivienne pressures Rob to report that he covered for David on the night of Sarah's disappearance. 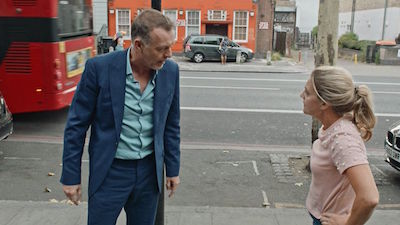