Honey's Money is somewhat of a remake of the 1950 short His Bitter Half. In that earlier short, Daffy married a woman duck for money, but is thrown for a loop when the wife (who in Honey's Money is merely known as The Wealthy Widow) immediately becomes a nag and forces him to spend quality time with a son she didn't previously reveal. The same basic situation appears in Honey's Money, with Yosemite Sam in Daffy's place, a different design for the son, 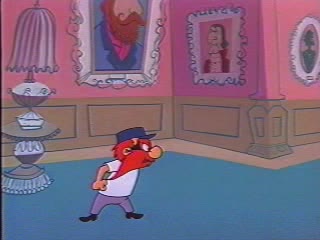