Duck Amuck is a surreal 1951 animated cartoon produced by Warner Bros. and released in 1953 as part of the Merrie Melodies series. It stars Daffy Duck, who is tormented by a sadistic, unseen animator who constantly changes Daffy's location, clothing, voice, physical appearance, and even shape. Pandemonium reigns throughout the cartoon as Daffy attempts to steer the action back to some kind of normality, only for the animator to either ignore him or, more frequently, to over-literally interpret his increasingly frantic demands 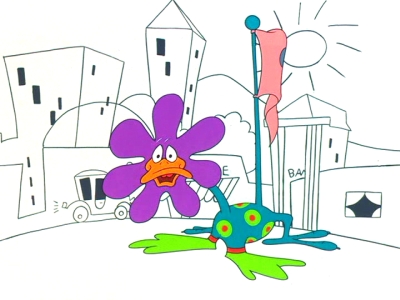