An arctic saloon. The tiny dog, Dan McFoo, is playing a pinball-like marble game in the back. His girlfriend, Sue, sounding like Katharine Hepburn, stands by. A stranger comes in with eyes for Sue; he begins a boxing match with Dan. After Dan gets knocked down, he accuses the stranger of having something in the glove; the ref finds four horseshoes and a horse. After the fight goes on a while with no conclusion, the narrator tosses a couple of guns, the lights go out, and Dan is shot or is he? 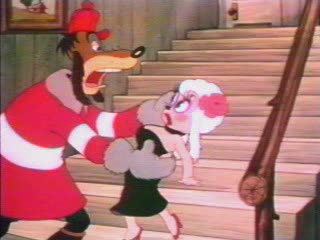