It’s the last challenge of finals week as the top four split into two teams to create their own pop up restaurants. Each restaurant must cater for 60 diners. The two teams need to pick a theme for their restaurant, design their dining rooms and create a stunning three course meal, consisting of two entrees, two mains and one dessert. The stakes are high as the four contestants fight for their place in the finale, but for one, their ride comes to an end. Who will be the final three in the running to take home the MasterChef: The Professionals crown? 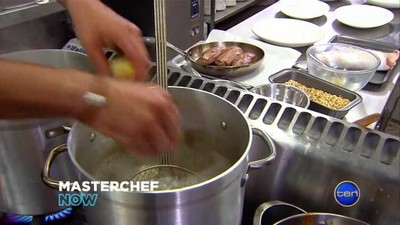