The hospital takes part in a nationwide civil defense drill, and the heightened atmosphere escalates conflicts among the staff. A former study participant reveals she’s pregnant and wants to know the identity of the father. Masters and Johnson, their relationship strained after ending their study participation, butt heads on whether to maintain study confidentiality or take responsibility. Haas learns he’s been denied a future job at the hospital but wrongly assumes his breakup with Vivian is to blame. Margaret Scully seeks answers about her husband’s sexuality from an unlikely source. 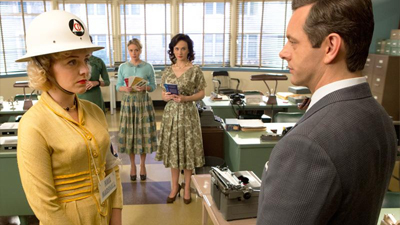