Bashkirian Airlines Flight 2937 was a Tupolev 154M passenger jet en route from Moscow, Russia to Barcelona, Spain. DHL Flight 611 was a Boeing 757-200 cargo jet flying from Bergamo, Italy to Brussels, Belgium. The two aircraft collided in mid-air on July 1, 2002 at 21:35 (UTC) over Überlingen, Germany (near Lake Constance), killing all 71 aboard both aircraft. German investigators determined that the accident had been caused by problems within the air traffic control system. The controller who was on duty at the time, Peter Nielsen, was later stabbed to death by an architect who lost his wife and both of his children in the accident. 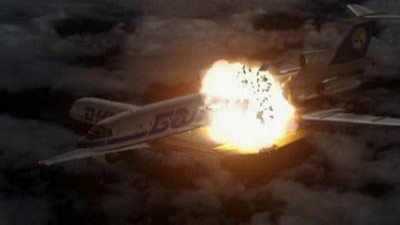