On its second routine trip of the morning, Continental Express Flight #2574 is nearing the end of its 90-minute flight from Laredo to Houston, Texas. A state-of-the-art Embraer 120 Brasilia, the commuter plane is scheduled to make several more short flights. But just as the pilots are preparing to land, the plane falls out of the sky. Dropping thousands of feet in mere seconds, there is a massive explosion as the aircraft crashes into a farmer's field. All 14 people on board die in the disaster, and the impact is so violent that the wreckage is not recognizable as an airplane. Investigators first suspect there was a bomb on board, but when the theory is dismissed, they dig deeper and eventually reveal a chilling story of good intentions gone horribly wrong. 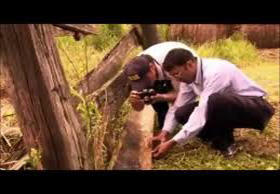