On 7 December 1987, an angry former USAir employee by the name of David Burke boarded its parent airline, PSA Flight 1771 en route to San Francisco. The hijacker killed the pilots and shot himself after take off. Shortly afterwards the CVR picked up increasing windscreen noise as the airplane began to dive rapidly and shortly thereafter the plane crashed in a cattle ranch in San Luis Obispo County, California. All 43 people onboard were killed. 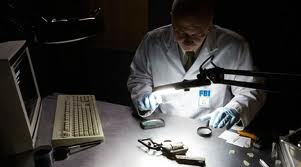