Billy gets a job as a cab driver. He makes a connection with a passenger, and they quickly begin dating. Alison is put off by the speed of the couple's courtship, and grows tired of Marcy's constant presence in the apartment. Billy, Michael and Jane all accuse her of jealousy, but she denies it. Billy soon has second thoughts about his relationship when Marcy tells his friends intimate details about their sex life, and quickly declares her love for him. Billy tries to avoid her, but Jake advises him to confront Marcy to break things off in person. Jake is arrested following a scuffle at the unemployment office, and is less than grateful when Kelly bails him out. Jane worries about the status of her marriage when Michael is unable to recall the specific moment he fell in love with her. 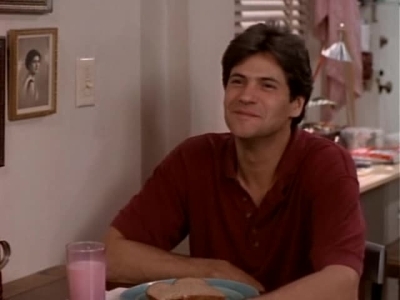