Jake is visited by an old girlfriend, Colleen, who stuns him with the news that he is the father of her four-and-a-half-year-old son. She asks Jake to waive his parental rights so that her husband can adopt the boy. Jake is furious that Colleen failed to tell him the truth, and considers starting a custody battle. He believes that caring for a son could give him the direction he is lacking in his life. Jake becomes angry because Jo believes it might be best to let the boy stay with a stable family. Jake ultimately decides that it is in David's best interests to stay with Colleen and her husband, and signs away the rights. Jo secretly takes a photo of Jake with his son as a memento. Alison learns that she needs surgery to remove a benign tumor from her uterus. If she doesn't have the surgery, she may not be able to have children. However, she has no way to pay for the operation because she has no insurance. Billy becomes very frustrated with the ever-present bureaucracy at ever 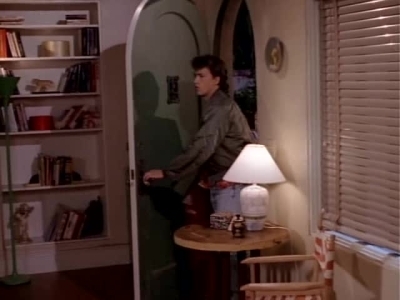