Billy's father dies of a heart attack. Amanda tries to exploit Billy's vulnerable state to seduce him, and then shows up at the funeral in an attempt to score points with her ex. Alison flies back from Seattle to comfort Billy. Billy feels that he let his father down, and decides to take over the furniture store. His mother says that she has sold the store to the employees, and that she wants Billy to use his writing gifts. She gives Billy a letter in which his father expressed his pride in him. Billy drives Alison to the airport, but she decides to move back to Los Angeles. Michael tries to convince Kimberly to move in with Billy, but she declines. She explains that seeing the death of his father reminded her of how much involvement she would have in his life if they were roommates. Michael lies about going to the hospital and instead helps Kimberly with a plumbing problem. She offers him dinner and tries to come on to him, but he resists. Billy's family tragedy prompts Matt to 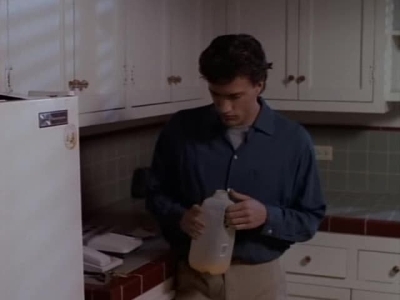