Ultimatums and the Single Girl

Amanda and Kyle seek divorces so that their spouses can't get a cut of the jazz club. Sydney decides to give up her lawsuit for a $50,000 settlement because she doesn't want to hurt Craig. Harry threatens to turn her in to the cops. Peter becomes increasingly abusive toward Taylor, and nearly hits her. She and Michael plot to knock him off his pedestal. Billy and Sam lie to the police about Reilly's whereabouts. They are arrested after Amanda tells the cops that Reilly has been staying in the building. Jennifer takes a waitress job at a strip club, although Megan warns that she may be in over her head. Jake and Alison blow a chance at adoption when they are caught drinking heavily. They decide to leave Los Angeles. Matt and Denise bicker over their temporary custody arrangement. 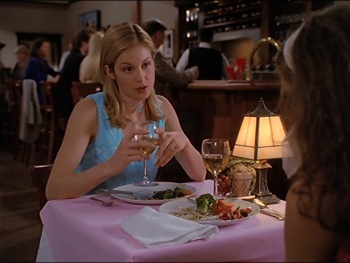