The Night the Lights Went Out at Melrose

Lexi decides not to fire Megan for her betrayal because she cannot stand to lose her only friend. Peter sleeps with Eve, but then refuses to return her calls. Amanda goes to Peter's office to confront him, and the two are trapped in an elevator during a citywide power outage. Peter realizes that he has been cold to Eve because he is afraid of destroying another relationship. Michael is forced to take an apartment due to structural damage at the beach house. Alex threatens to pull his account unless Amanda helps him win over Jane. Michael is mistaken for a looter and arrested. Alex sneaks into Jane's apartment and makes a pass at her. Megan and Ryan bond over a lost dog and share a rooftop kiss, but she quickly rejects him. Lexi shows up at the building during the blackout, and Ryan ogles her as she swims in the nude. 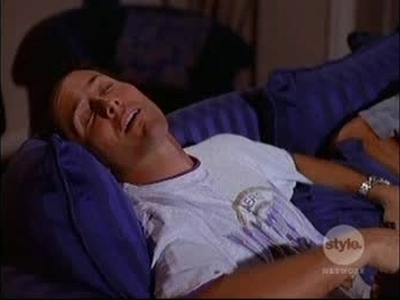