Ryan learns Sarah's whereabouts and sends her to the beach house to stay with Kyle. Lexi tries to win Sarah's favor through bribery. Sarah encourages Ryan to repair his relationship with Megan. He decides to fight for custody of Sarah. After being rejected by Megan and Ryan, Michael and Lexi have sex in the laundry room. In order to please Tony, Amanda makes Eve the spokesperson for the cruise line. Peter is angry because the commercial conflicts with their Hawaiian vacation, but Eve appeases him by asking him to come along on the cruise. Amanda must fire half of her staff to finance the commercial. When Kyle discovers that Jane is among the casualties, he accuses Amanda of being heartless and threatens to end their marriage. Amanda and Jane quarrel over Kyle. Amanda walks out on Kyle because she believes he is trying to control her. He sells the other half of the club to Eve so that he can buy Amanda's stake in their house. Amanda comes to the club to seek Kyle's forgiveness, but they 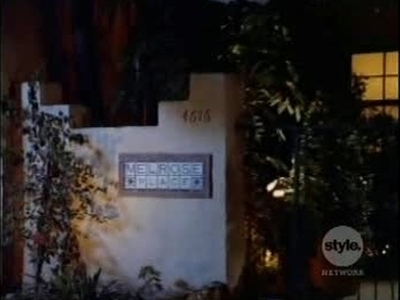