Miklos Klaar, an Iron Curtain filmmaker, has film of American soldiers and plans to edit it into an atrocity movie to discredit the U.S. He has recreated the jungle as a set from the one print of the film he has. Disguised as a Ministry of Propaganda officer, Rollin destroys the print and Barney floods the negative vault, forcing Klaar to reshoot the American footage as well. Cameraman and IMFer David Day is snuck in and films Klaar recreating the American footage. On the day the press is assembled, David and Willy manage to bypass Klaar's guards and air the footage of Klaar rehearsing his cast and crew and congratulating themselves on the phony massacre. 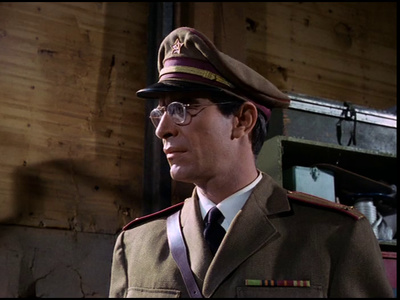