Brian is released, but a spooked Sarah decides to keep her distance. Hillary gets her hands on the tapes of Linda. She threatens to destroy Eric's music career unless he stays out of Linda's life forever. Carrie finally tells Paul that she is Kyle's biological mother. Paul explodes with anger and ends their relationship. Sarah is trapped in a house with the murderer during a power outage. Stephanie killed Teri in a jealous rage because of her fixation on Brian, and plans to do the same to Sarah. Brian and David help save Sarah and subdue Stephanie, who is taken into custody. Although David had expressed frustration at Julie's attempts to play nursemaid, he seems surprisingly conciliatory as she sees him home from the hospital. A woman who is a dead ringer for Teri appears in Hillary's office and expresses an interest in joining the agency. 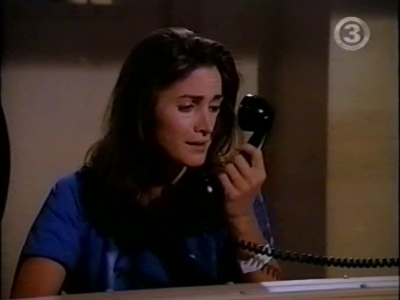