Brian devises a way to fight back against Frank, as he hopes to either discourage him or provoke a reaction that will lead to his arrest. Brian and Cynthia have sex in front of the window, enraging Frank and forcing him to look away. Frank seems to have given up, but ambushes Cynthia while Brian is away. He kidnaps her at knifepoint. Adam is questioned about drug sales at Stage 99 following an overdose. Monique investigates based on information she overheard in the restroom, but gets too close to the truth. A man holds a gun to Monique's head, and then shoots at Adam when he tries to intervene. Adam's best friend Ben conveniently comes to the rescue. Shaken by the thought of losing Monique, Adam pops the question. Eric works as a male prostitute to help pay his bills. Carrie faces a panel that will determine whether she is sane. Desperate to expose Heller, she asks Sarah to pose as a patient and record him making unwanted advances. Julie finds out that Craig may not be as poor as he wa 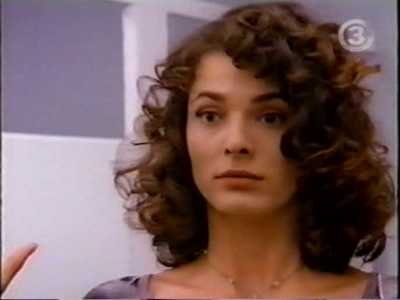