Adam makes Grayson a substantial buy-out offer, but she refuses to withdraw from the club unless he spends the night with her. Adam refuses all romantic overtures and makes it clear that he views the sex as a business transaction. Grayson becomes offended and decides to sell her shares. Hillary desperately tries to obtain financing to keep the agency in business. At the same time, she is plagued by loneliness. She tries to make a play for her ex-husband Jack. A friend gives Hillary a referral for a prostitute, and she finds herself in a hotel room with Eric! They laugh hysterically as they consider how far they have sunk. Grayson uses her new windfall to buy Models Inc. from Hillary. Craig's best-selling novel creates negative publicity for the agency. Sarah appears on a talk show to defend herself, and trashes everyone else (especially Julie). Julie gets revenge by messing with Sarah's shampoo and causing her hair to turn green. Cynthia's battle with bulimia continues to go undetected 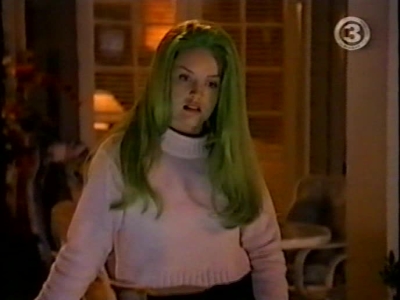