Moesha continues to help Dorian search for his birth mother. Hakeem thinks that Moesha shouldn't go digging up the past or she'll be faced with the possibility of a painful past. She assures Hakeem that she realizes the consequences but wants to continue the search for Dorian's sake. They notify a couple of women by the name of Barbara Lee. After tracking her down and learning that her actual name is Barbara Kennedy, Dorian becomes face-to-face with the woman who abandoned him. He learns that his mother also has a daughter, Reecy, and a son named Ray-Ray. When they all sit down and have a conversation, Barbara reveals some shocking news involving Moesha's mother, which Moesha can't accept. Angry and upset, Moesha leaves the apartment. Meanwhile, Frank is challenged to a race against Myles's friend's uncle. After winning the race, Frank's celebration is ruined when he learns that Moesha has been searching for Dorian's mother. 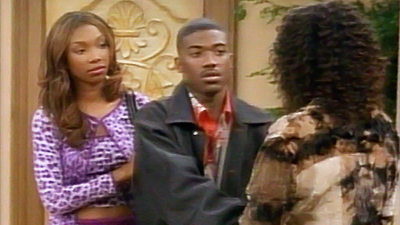