Lenae tells Dorian that she has booked he and his rap group to attend a performance in San Diego and that they'll have to leave early, but Dorian's family is throwing him a graduation party on the same day. While trying to exit his own party, Dorian causes a stir which leaves everyone surprised. Frank and Dee confront Dorian and reveals that he wants to pursue a music career rather than going to college. Later, Dorian arrives at Lenae's house hoping that he could move in with her. But when she shuts him down, Dorian shows up at his last resort...Hakeem's apartment. Meanwhile, Hakeem lands in the doghouse with Moesha when he refuses to retrieve the spare key to his apartment from his neighbor Shania. 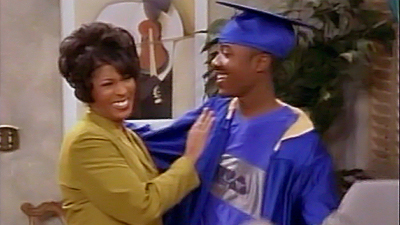