Roddy Grimesby is found dead from a lethal ingestion of varnish. When the police show up at the crime scene, the victim’s son Harcourt – a ventriloquist – is found hiding in the closet with his look-alike dummy Mycroft. Even more disturbing than the similarity, is the roiling bond between the two – much like hostile brothers. Although Harcourt confesses to the murder, Murdoch spots inconsistencies in the story that make no sense – unless there was a third party involved. Harcourt had been in the room when Roddy was killed. He would have seen the killer, but why is he protecting his identity? In a shocking turn, Murdoch learns that Harcourt has a twin brother named Mycroft. Maybe Mycroft killed Roddy; and Harcourt is protecting him. But just when it looks like the case is solved, Murdoch sees something in a Grimesby family photo that puts a whole new twist on things. 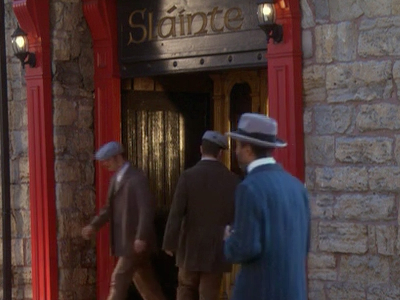