When a strange case crosses his desk; body parts – a foot, a hand and a headless torso - have surfaced along the Don River. Ogden’s replacement, Dr. Francis Philpott, insists the body parts are from one murder victim. But Murdoch has his doubts and contacts Ogden. Initially reluctant, Julia can’t help but be intrigued by the case. Murdoch secretly ships her the evidence and Ogden’s examination reveals they are dealing with three different victims but likely one killer. 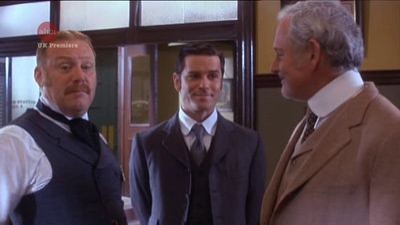