Jonah and the bots are visited by the great space circus ring master, P.T. Mindslap (Mark Hamill), who wants to recruit the bots for his circus. A glitch in Kinga Chrome reveals a strange specter of another host with the bots. Jonah and the bots riff Carnival Magic. Movie Plot: A jealous lion-tamer kidnaps a magician's (Don Stewart) talking chimpanzee and hands the animal over for scientific experiments. Original film made in 1981. 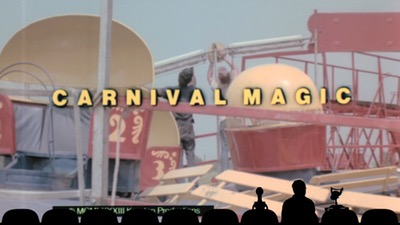