A dangerous felon escapes when a prison bus crashes and the FBI has reason to fear he's intent on revenge against the witness whose testimony put him in jail. However, finding the elusive killer proves to be a complicated challenge. Don teams up with Agent Billy Cooper, his former partner from the FBI's Fugitive Recovery Division, and Alan worries that Don's going to return to a more dark and obsessive time in his career. 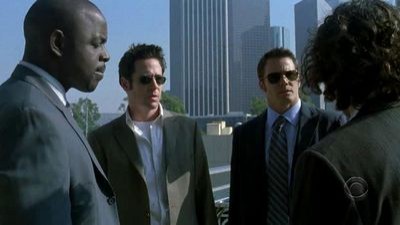