NASA's Project Bright-Sky is accelerated due to Ed Scriven's death and, knowing that a next-generation version of the Bright Sky satellite is what Odyssey 5 was launching on the day Earth was destroyed, Taggart determines that he must put his career on the line to sabotage the deployment of the current version. Neil realizes he's falling in love again with his old high school girlfriend, Holly. Sarah and Angela use their knowledge of the future to try to stop the kidnapping and murder of a young girl, which was front-page news in the original timeline, only to find that their actions have changed the future unpredictably. Mendel, determining that an organism comprised of the mysterious artificial tissue would be cold-blooded, assembles a thermal imaging system that will distinguish humans from the "Synthetics". 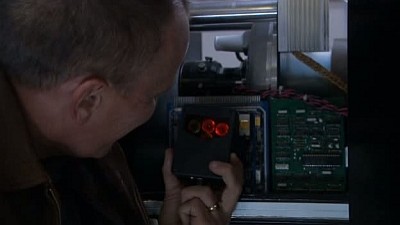