A Cock and Balls Story

The lockdown ends. After Hamid Khan's body is taken off life support, the Muslim's choose Arif to lead them. Meanwhile, Cyril's having nightmares about delivering the fatal blow to Khan in the boxing match. Ryan asks Sister Pete to intervene. Murphy makes a suggestion to help ease some of the strain in solitary after another inmate commits suicide. Father Mukada plants an inventive idea in Beecher's head on how to deal with Schillinger. Shirley Bellinger returns awaiting her date with the noose. New inmate Mobay, arrives to Oz and his cellmate Hill is immediately suspicious. Gov. Devlin invites Glynn to be his running mate in the Gov's re-election bid. McManus gets an update on Wittlesey, who hasn't returned from vacation and a shootout in Oz results in four deaths. 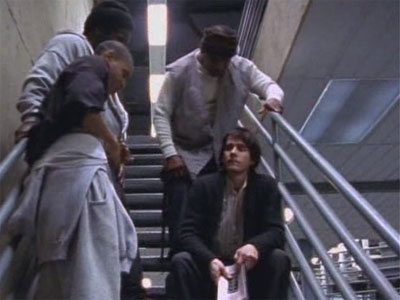