The Case of the Buried Clock

Slimy Jack Hardisty embezzles $100,000.00 from his father-in-law, Dr. Blane. The greedy Hardisty then tries to blackmail the good doctor for more. Perry is hired by Dr. Blane to put an end to Hardisty's machinations but before he can swing into action the rogue turns up dead. Dr. Blane is charged with the murder forcing Perry to do some intricate courtroom work involving a wildlife camera triggered by a buried clock which took misleading pictures of the actual killer. 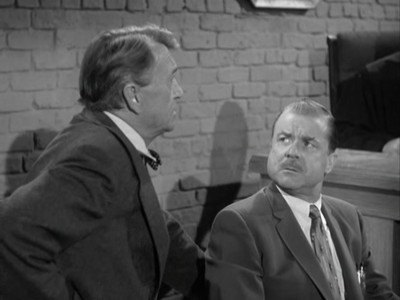