On the eve of the Rosewood Charity Fashion Show, Aria, Emily, Hanna and Spencer are surprised with Jessica DiLaurentis' return to town and her request that they participate in the show on Alison's behalf. Aria takes up the opportunity to try and help jog Jason's memory of the night Ali disappeared, as Hanna starts to get her hopes up that her father's attendance may mean more than he's letting on. Spencer, on the other hand, quickly learns that, while she has been dealing with larger issues, Mona has stepped in and taken charge of running the event. As the charity event gets closer, walking down a runway in a fancy gown may not seem that hard, but nothing is ever easy for four pretty little liars. Meanwhile, Emily reevaluates her casual dating stance when it starts to look like Samara might be dating someone else. 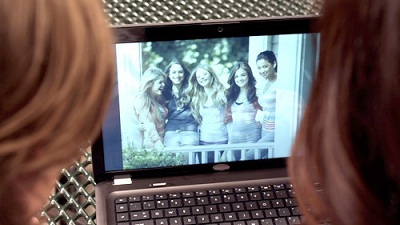